The importance of checking your boobs 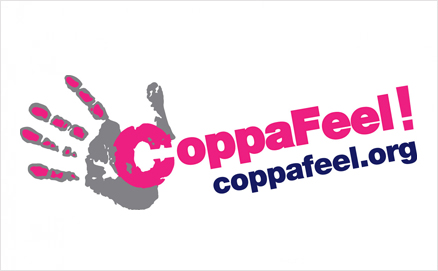 Around 6 weeks ago, I felt a lump on my right breast. It was just when I was in the shower; I was doing my usual checks (click here to see how to do it yourself) and I felt a 10p sized lump. My first instinct was cancer. Well, that’s what you think, don’t you?

So I did a bit of googling (“lump in breast after pregnancy”) and saw that it might be a blocked milk duct (as I’m no longer breastfeeding, that can happen), so I took to doing some massaging techniques to try and get rid of it. After a couple of weeks, there was still no change, so I booked an appointment with my GP. He examined me, and said that he thought it was a Fibroadenoma however would refer me to the breast clinic at my local hospital for an ultrasound. He reassured me that breasts can change a lot throughout pregnancy, postpartum, and beyond, and that it’s unlikely to be anything to worry about (it didn’t feel like anything sinister to him)

10 days later, I headed at the hospital for my appointment. After an initial consultation with the doctor (who remarked on how lumpy my boobs were anyway!), he didn’t seem concerned. I was sent up to my ultrasound, where I was checked again by a different doctor. She wasn’t concerned either and – whilst doing the ultrasound – told me that it was “just a cyst” and would I like it to be removed now? Yes please! She then went through the process of removing it; she cleaned the area, put a needle in, which she wriggled around a bit to get it into the cyst. Once she was happy that it was in the right place, the nurse used the syringe to suction it out. The whole process was surprisingly painless. There was a fair amount of liquid that came out (TMI??). A small plaster later, and I was sent on my way… relieved, and with slightly less lumpy boobs.

I can’t fault the care I was given throughout; from my initial GP visit, to the doctor at the hospital, to the doctor who did my ultrasound (and cyst removal!). As everyone else around me kept calm, it made me keep calm too. Obviously it was always on my mind… but I try not to worry about things unless there’s actually something to worry about. How I was looked after was a real credit to the NHS… even though at every stage (GP, breast clinic and ultrasound department) every waiting room was jam packed with patients. As long as you’re prepared to wait around (and I was – I actually got to read a non-baby-related magazine for the first time since Baby B was born!).

I encourage everyone to check their boobs; if you notice any changes, go and see your GP. Even if you’re embarrassed; you can ask for a female doctor, or a female nurse to be present. Even if you think “it’s probably nothing” or “it’s probably just a cyst”… yes, it probably is. But go and get it checked out anyway. I’m so pleased that I did.