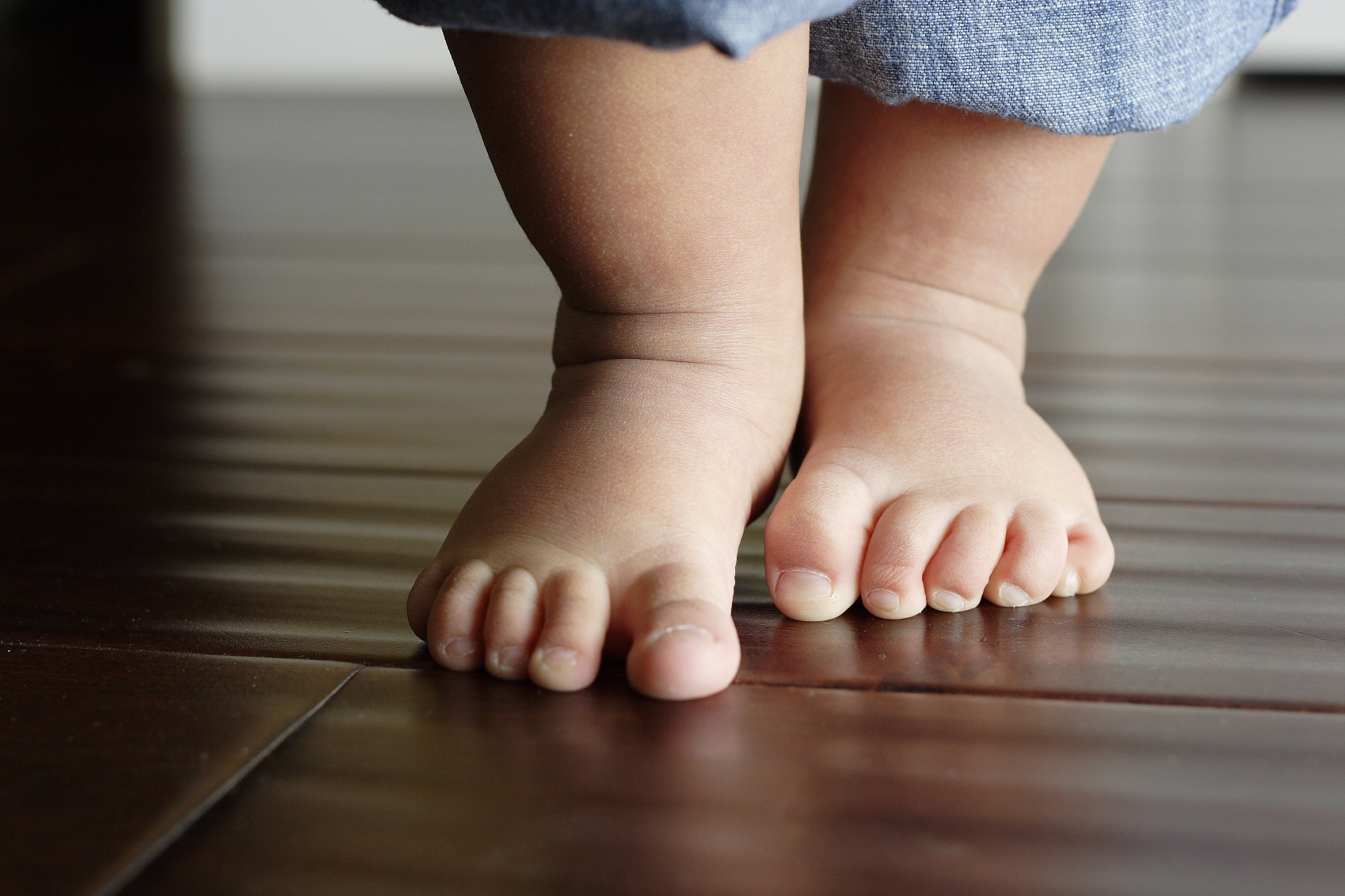 Baby B has picked up speed in the last couple of months.  From those very first steps in the middle of January, I would now say that he is toddling.  He’s a toddler.  A toddler at 11 months old.  WTF.

Everyone keeps saying to me “oh he’s walking so early!” but I really don’t know any different!  He’s been very active ever since he started crawling at 6 months, so I’ve never had a baby who just sat there nicely, playing with a toy, smiling away.  I have a baby who loves to run and thinks that nappy change time is a game of chase!  We now regularly use the Pampers Pull up nappies because they’re so bloody easy to use!  With a baby on the move, it makes it a lot easier to just pick up his legs, and pull up a nappy rather than faffing around trying to put a normal nappy on standing up.

We haven’t bought him any proper shoes yet… he’s currently in Mini Feet which are a lovely soft leather; just perfect for around the house and for keeping his feet warm when he’s in the pram.  Now that he’s properly walking, I think a trip back to Clarks to get a proper measurement is in order!  It’ll be so nice to take him to the park when it starts to get a bit warmer.